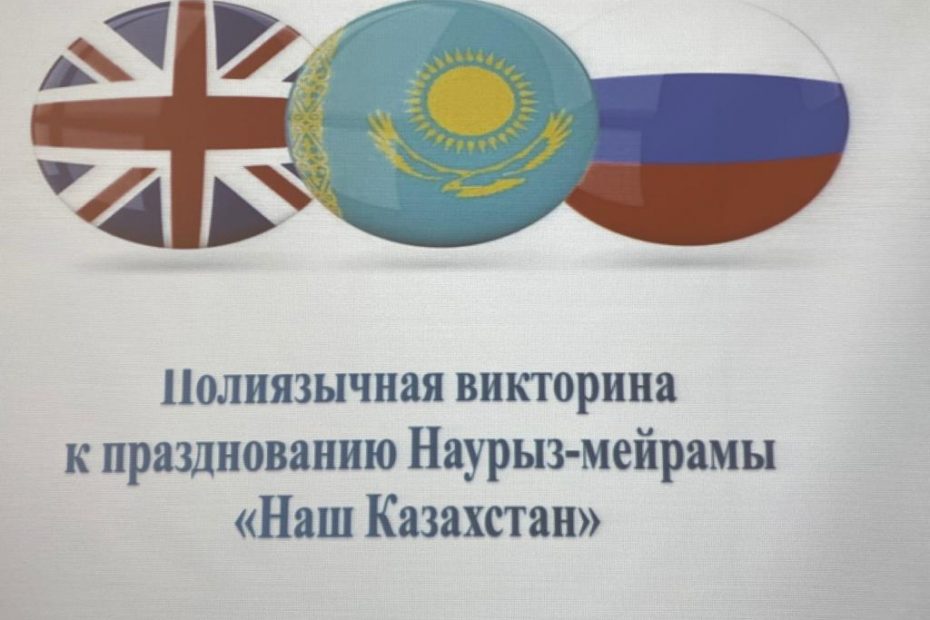 As part of the implementation of the Multilingual Education Program at the Higher College of InEU, on March 26, in the Power Supply-110 group, a multilingual quiz “Our Kazakhstan” dedicated to the Nauryz-Meiramy holiday was held, prepared by members of the creative group “Polylingualism – the imperative of the time” Musina T.Sh., Mukhtar S. E., Uzykhanova B.B.

The purpose of the event is the development of a multicultural personality who knows the history and traditions of the Kazakh people, speaks three languages, striving for self-development.

The quiz tasks were aimed at identifying knowledge of history, culture, customs, folk art of Kazakhs. All tasks contained a multilingual component and revealed the knowledge of students in three language disciplines.

The event was opened by the presenters of the quiz Dmitry Alistratenko, Nurlan Gaukhar, Evgenia Petrova.

Three participating teams “Thinkers”, “Erudites”, “Clever people” competed in seven sectors: “Our Holidays”, “All About Kazakhstan”, “Riddles”, “Symbols of Kazakhstan”, “State Language”, “Folk Art”, “Figures and Facts”. The team “Thinkers” won, with a small margin the team “Umniki” and the third place went to “Erudite”. During the quiz, students proved that each language is a whole world. Language is the living soul of the people, their memory, treasure. There is no language that does not deserve respect. There is no nation that does not have a language.

Modern Kazakhstan, being a multi-ethnic state, is developing through a phased language policy based on interethnic harmony. VKINEU, keeping up with the times, pays special attention to multilingual education: the college has developed a program of multilingual education for students for 2018-2022, the creative group “Multilingualism is the imperative of the time” is successfully working. For college students, multilingual Olympiads and quizzes are held. The creation of a multilingual environment, the development of creative and cognitive activities of students is carried out during academic and extracurricular hours and is aimed at studying the Kazakh, Russian and English languages.

Even during the time of the great Abai, knowledge of languages ​​was considered one of the conditions for cultural development. “The main goal is to teach the younger generation everything progressive that mankind has accumulated by this time,” said the poet. Calling to study and adopt the culture of advanced nations, the enlightener assumed equal interaction of cultures. What Abai dreamed of is being realized today.

The multilingual quiz ended with the words of the hosts:

– We saw that you already know a lot about the history of your homeland, you successfully study the Kazakh and English languages, which means that you are real patriots of your country. We should be proud to be citizens of such a state.

We wish students further fruitful learning of languages, high achievements and great victories. Systematic work to create conditions for the development of students’ interest in learning and speaking two or three languages ​​continues, and the planned activities will be held according to the deadlines. 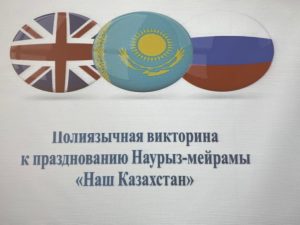 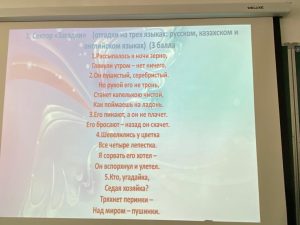 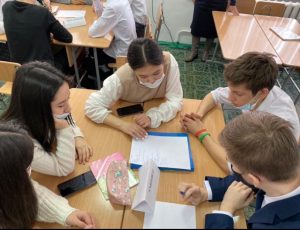 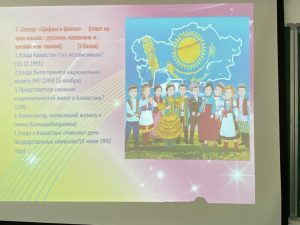